Bran, Rob, Khaleese, and Sansa have been sold. 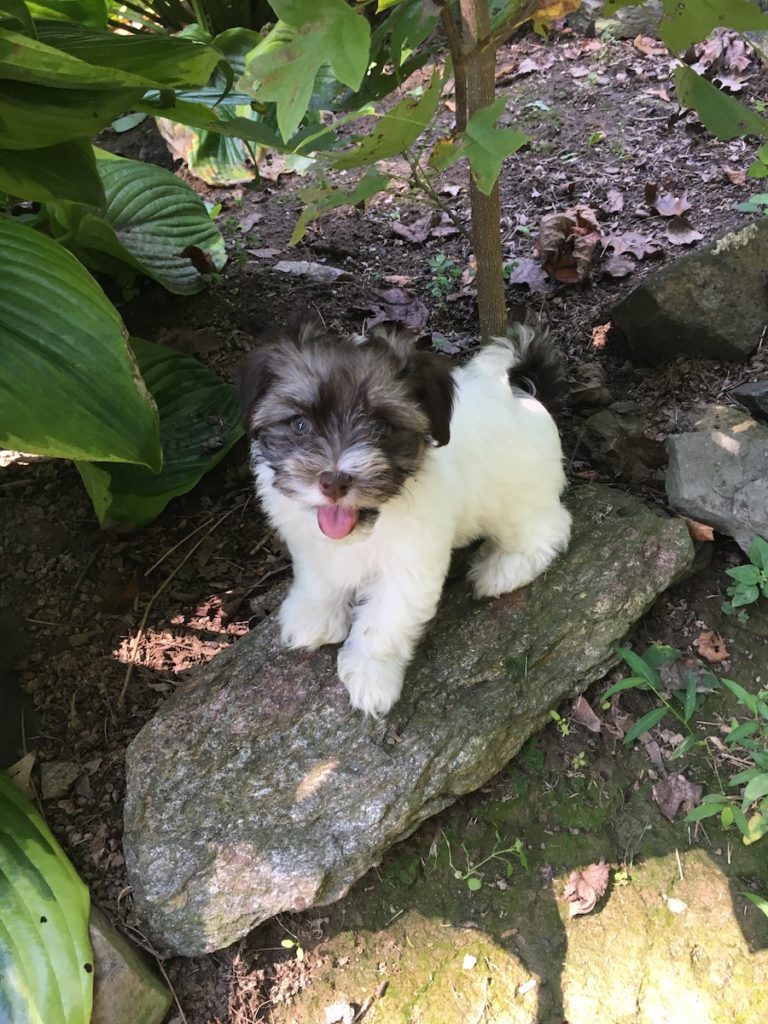 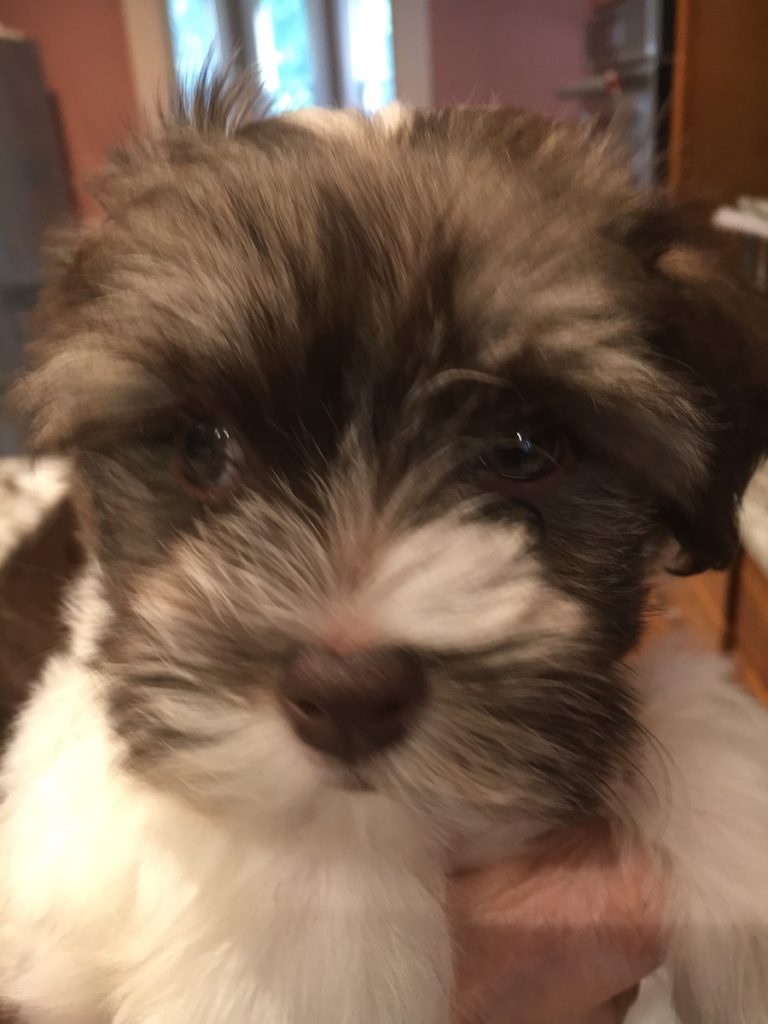 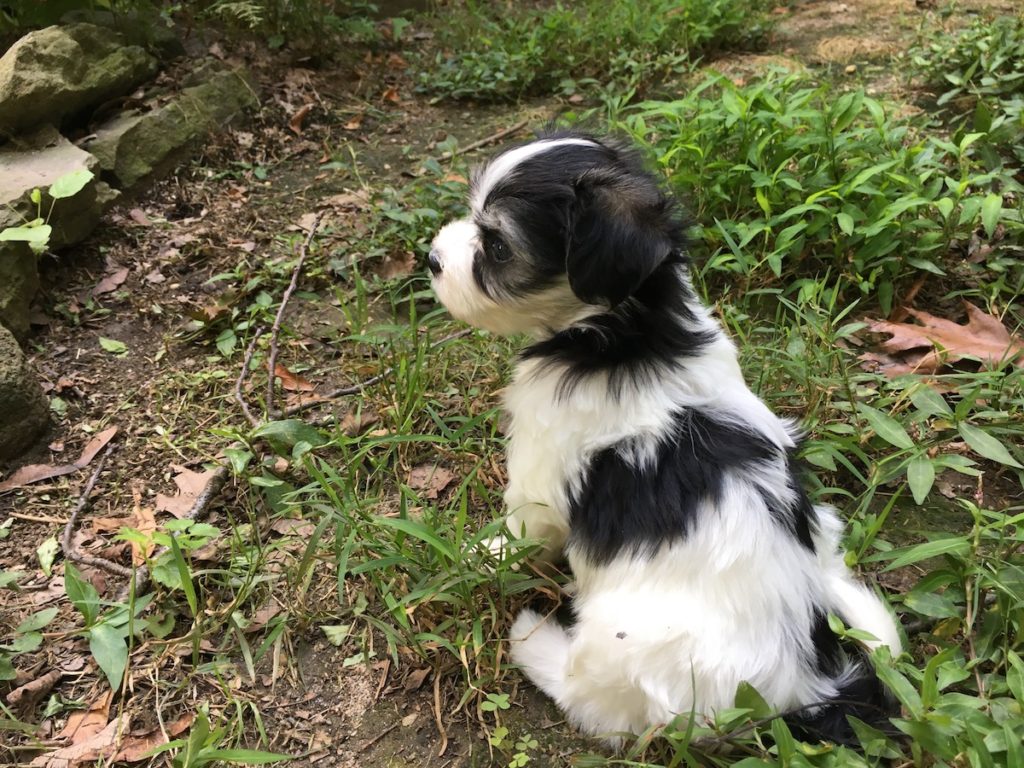 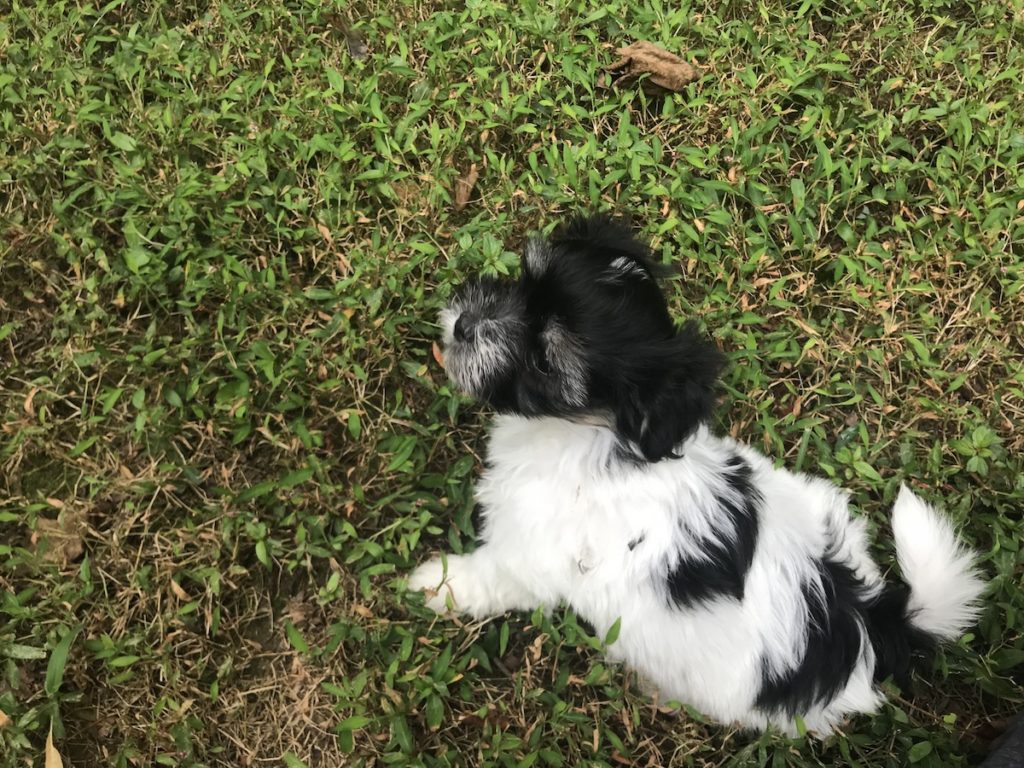 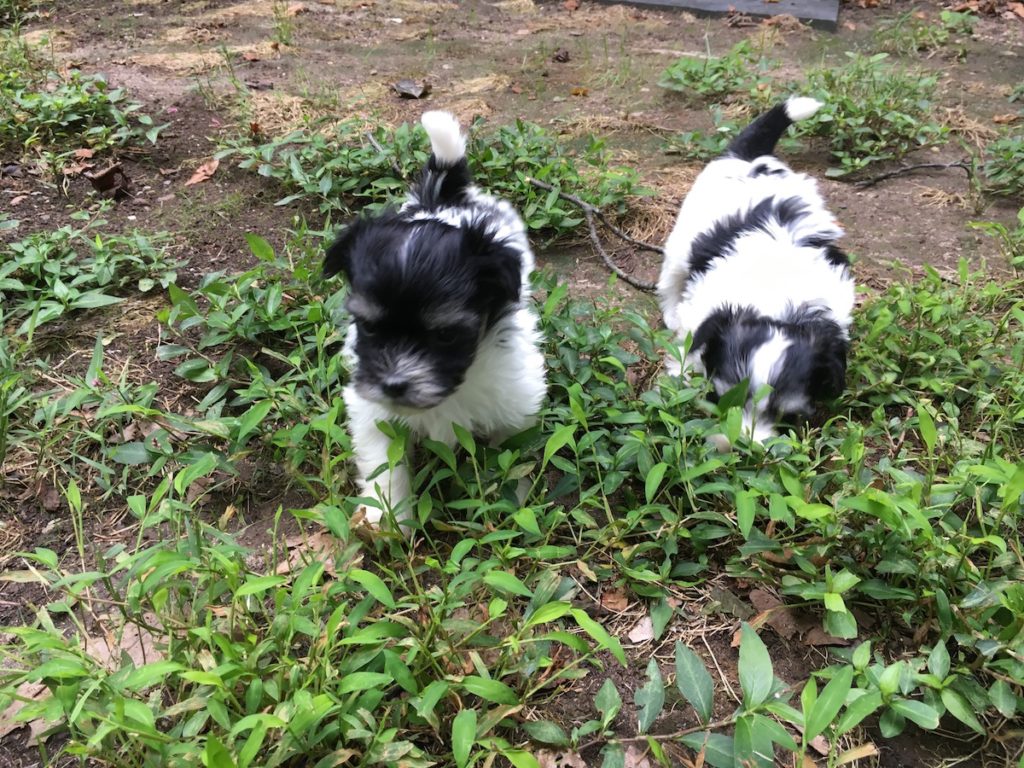 The girls Khaleesi (left) and Sansa 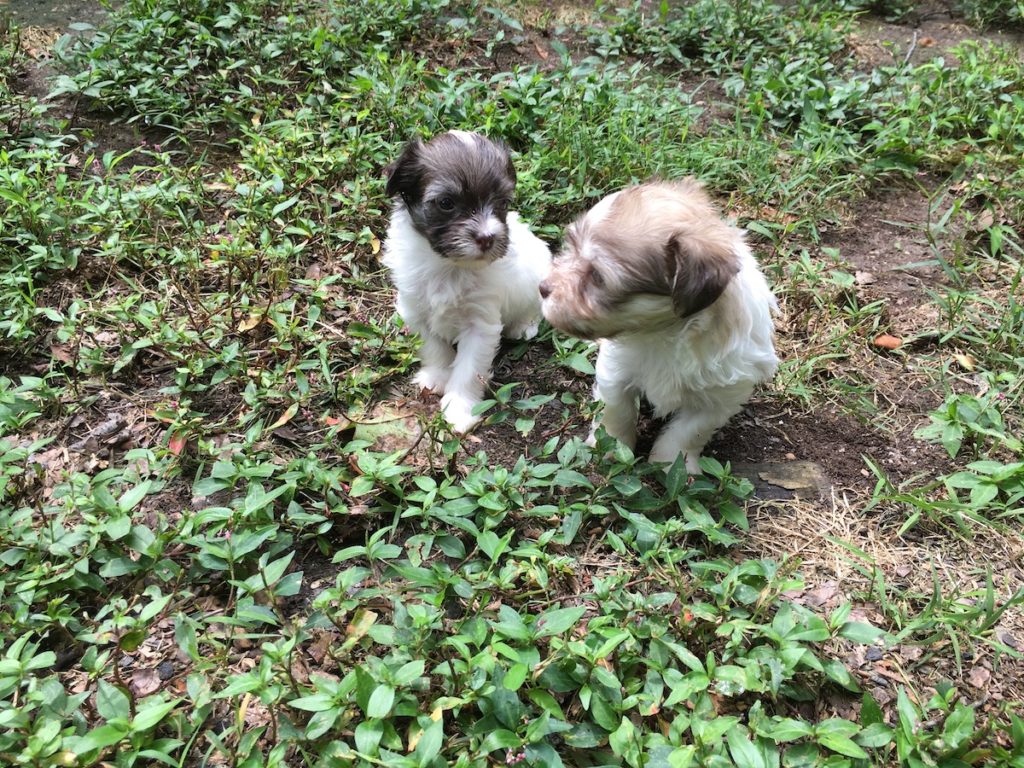 Puppies wormed this week for 3 days. This is their first meal. They are enjoying food. Moved them from the crate to the playpen. They are not thrilled with the move. Noses got pigment this week.  The girls are chocolate colored 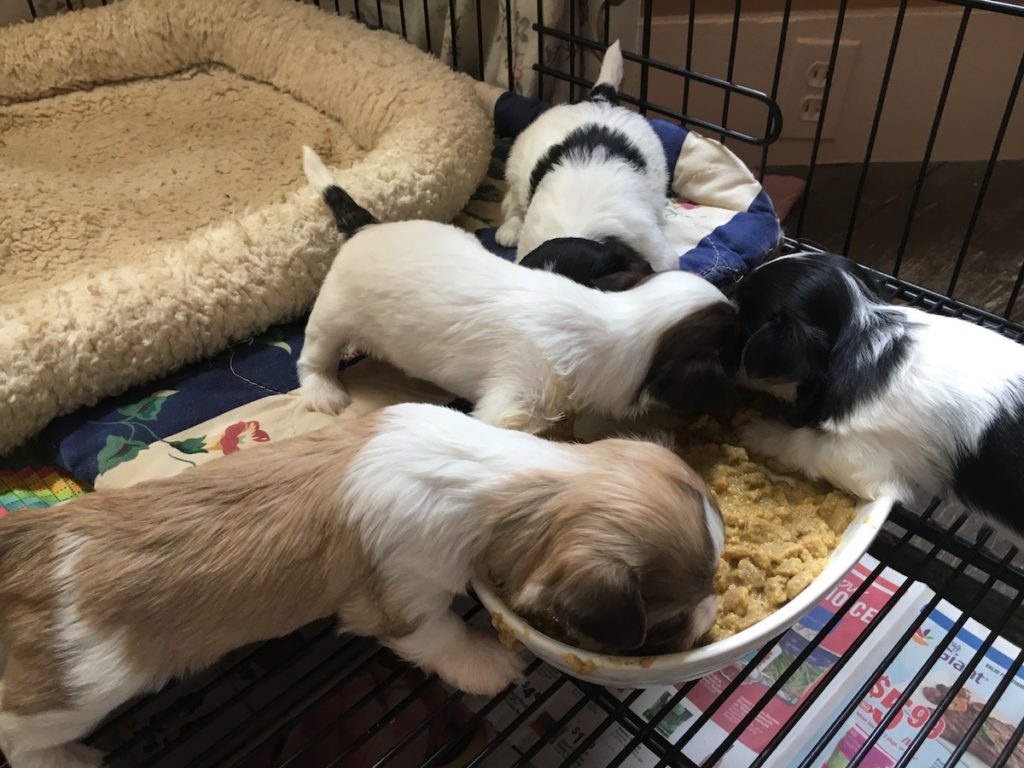 Game of Thrones theme for this litter.

The boys. Bran and Rob. Their eyes are open 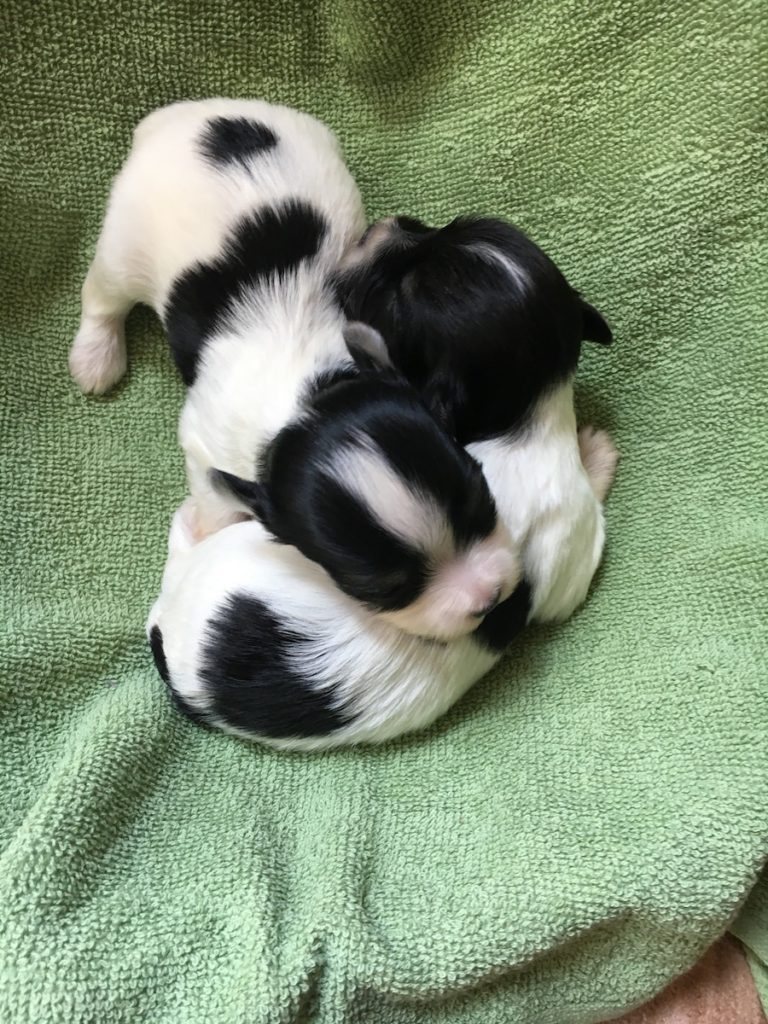 The girls. Khaleesi and Sansa.  Their eyes are open 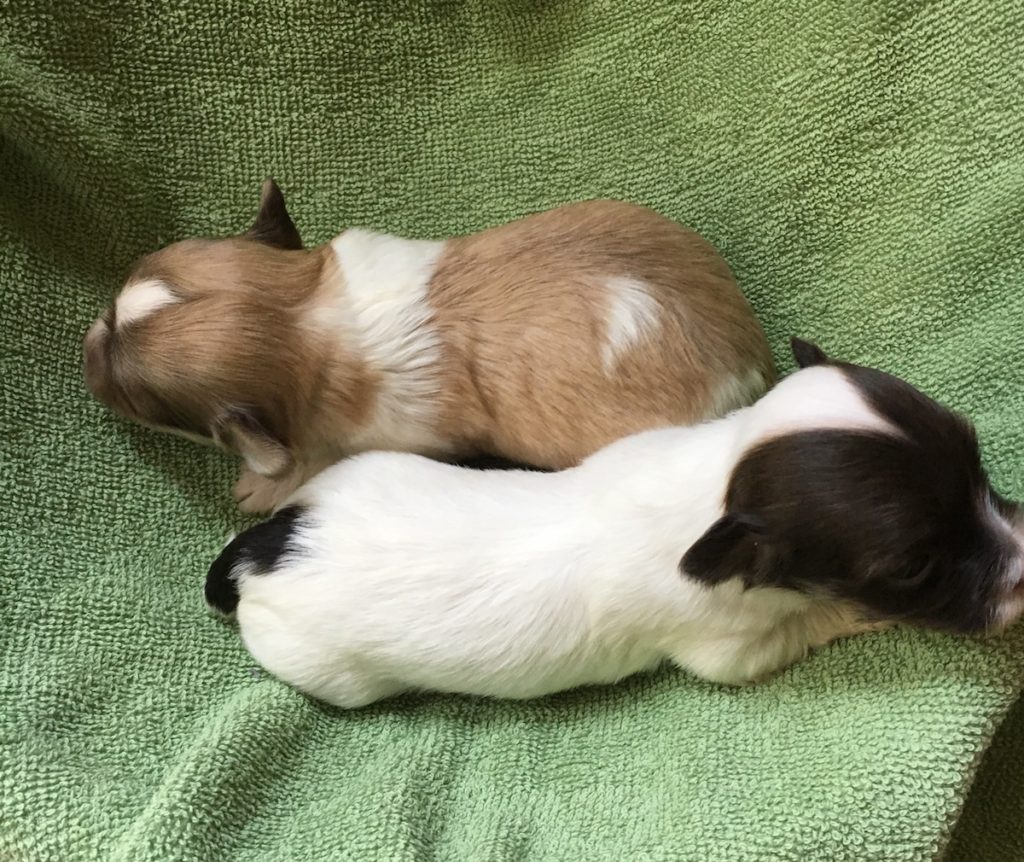 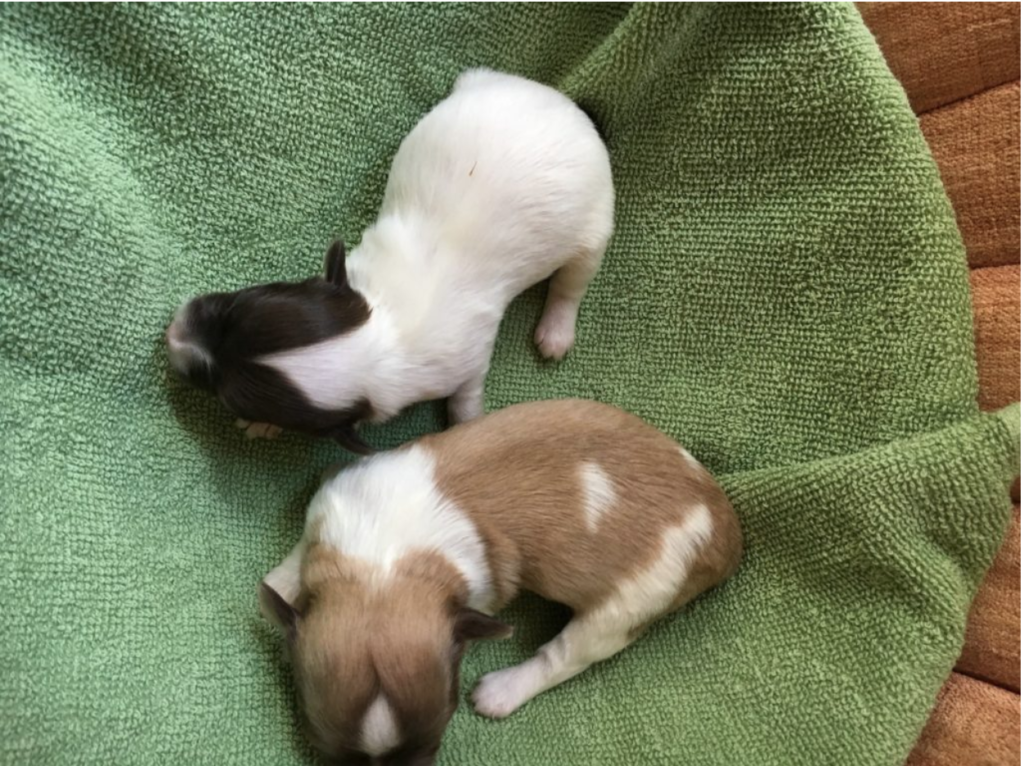 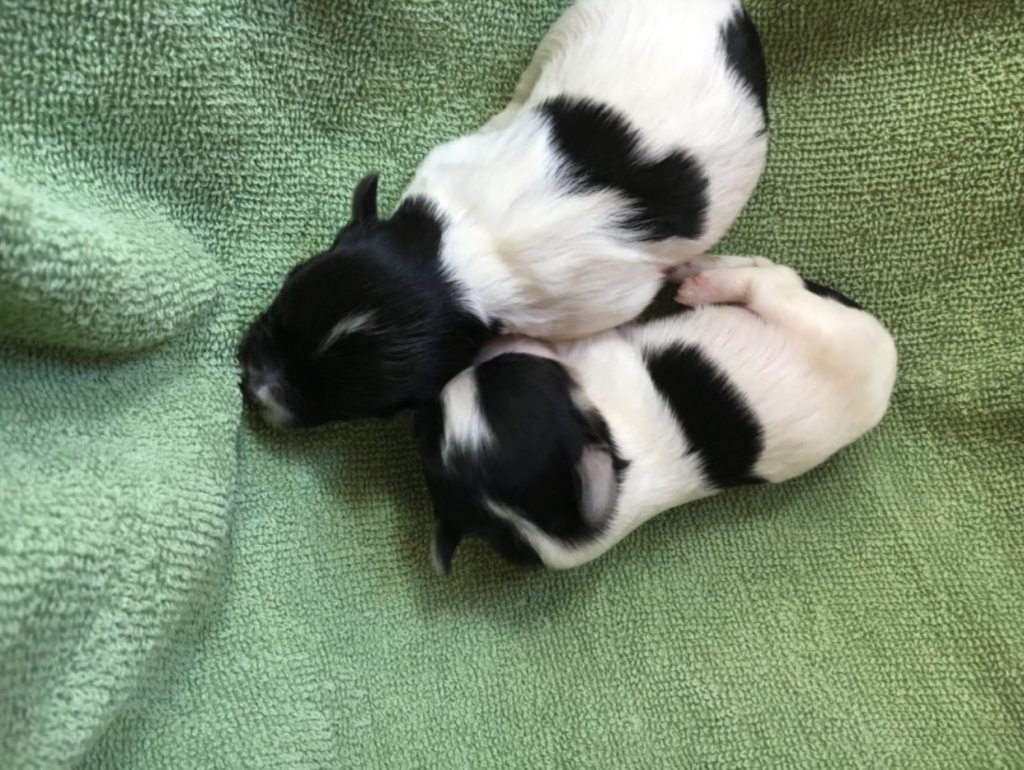 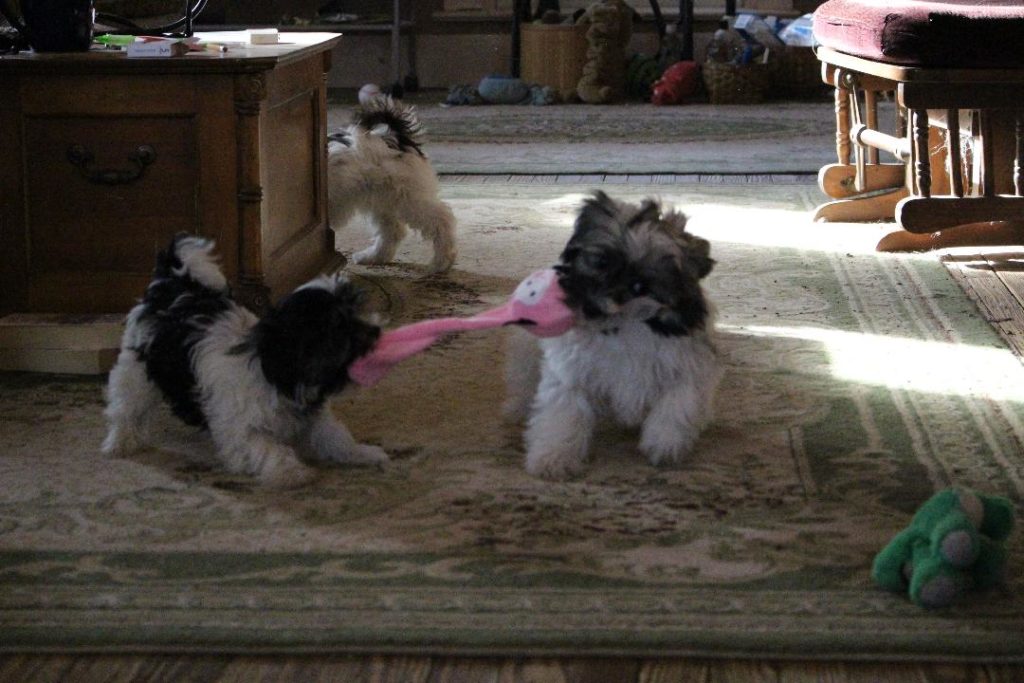 Lotta is a brindle parti.  She is always busy and never stops long enough to get a picture so I have Little Bit slowing her down.  She is always moving at full speed. Great puppy, would love to find a home with kids to play with.

Little Bit has not quite hit 2 pounds.  Had blood test, sugar test and liver shunt tested and all is normal.  She is just going to be small. But, she has attitude. She is also a real wiggle worm when being carried.  Loves to go where I go in the house and inspects everything 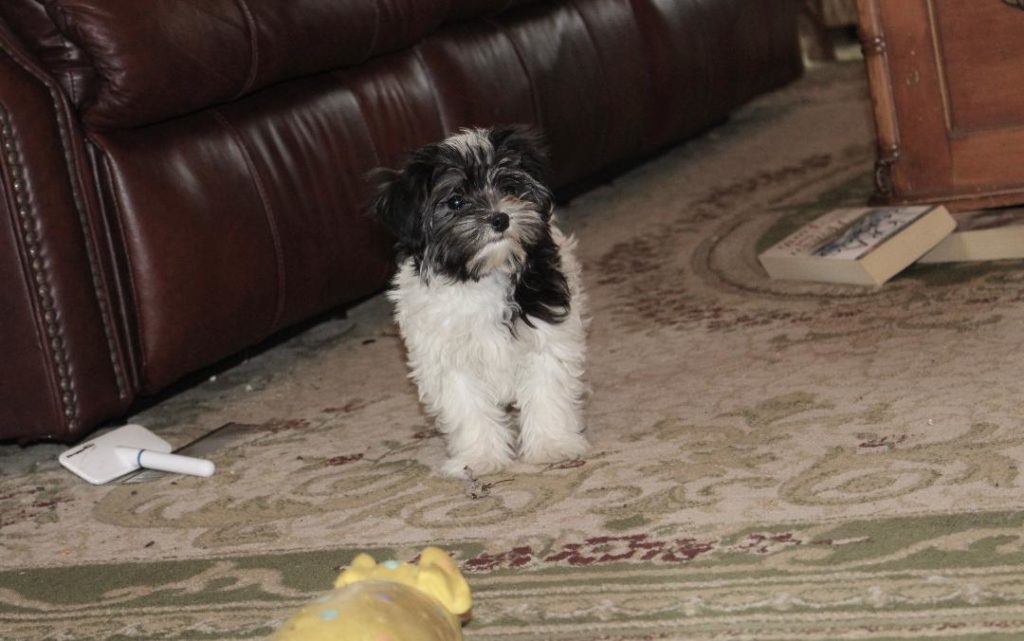 Par is a very easy going little guy.  Very sweet and likes to watch everyone wrestling but doesn’t like to get involved with the ruff stuff.

He would rather bet with a person.  Not going to be a big boy but should mature to about 10 pounds 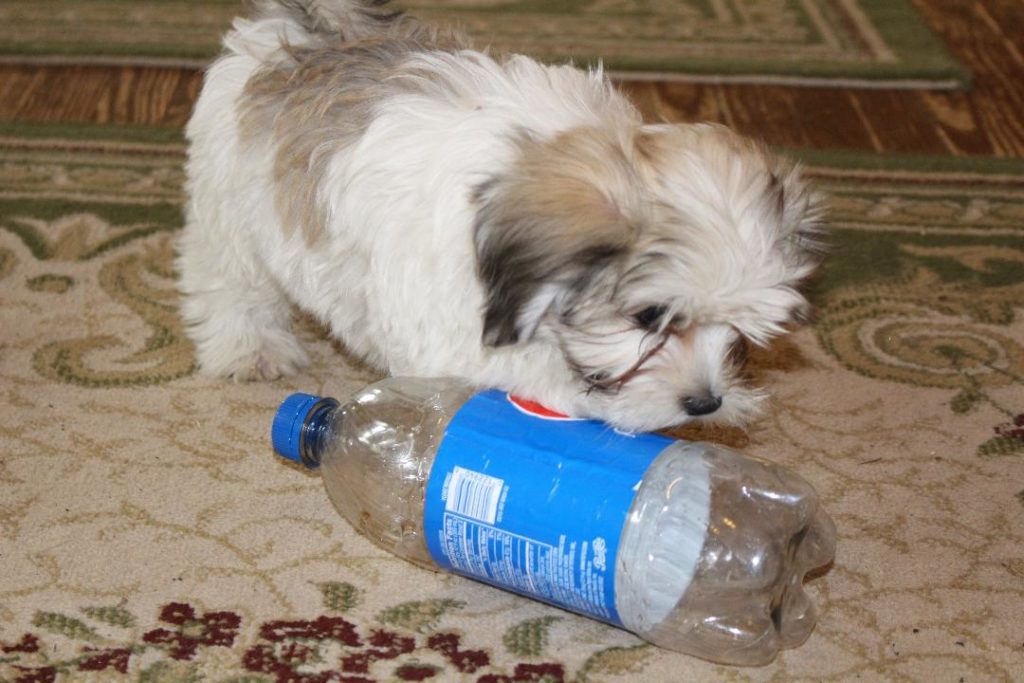 She is a chocolate parti female.  Very sweet, loves her toys but also loves to give kisses and snuggle.  She is almost housebroken. Should mature to about 10-11 pounds 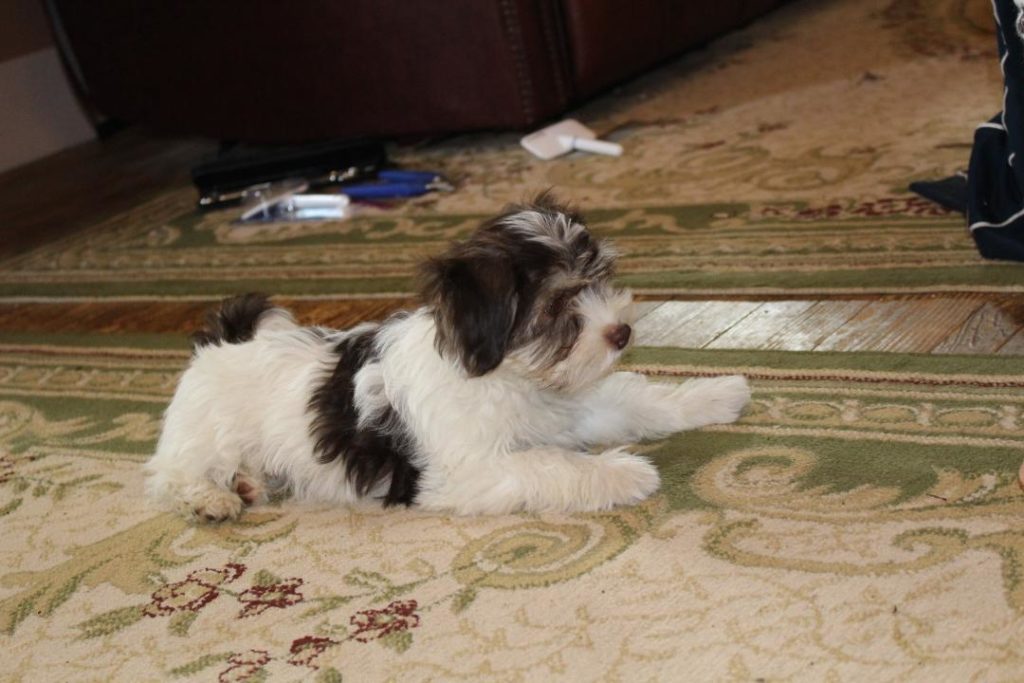 Hottie is 11 months old.  She is fully housebroken and funny beyond belief.  She loves to lay on the back of the couch with her front feet on your shoulders.  Kept her to show but she is just to fine boned to compete. Had to cut her down because we live on a farm and she is a farmer but she has a beautiful, easy to care for coat. 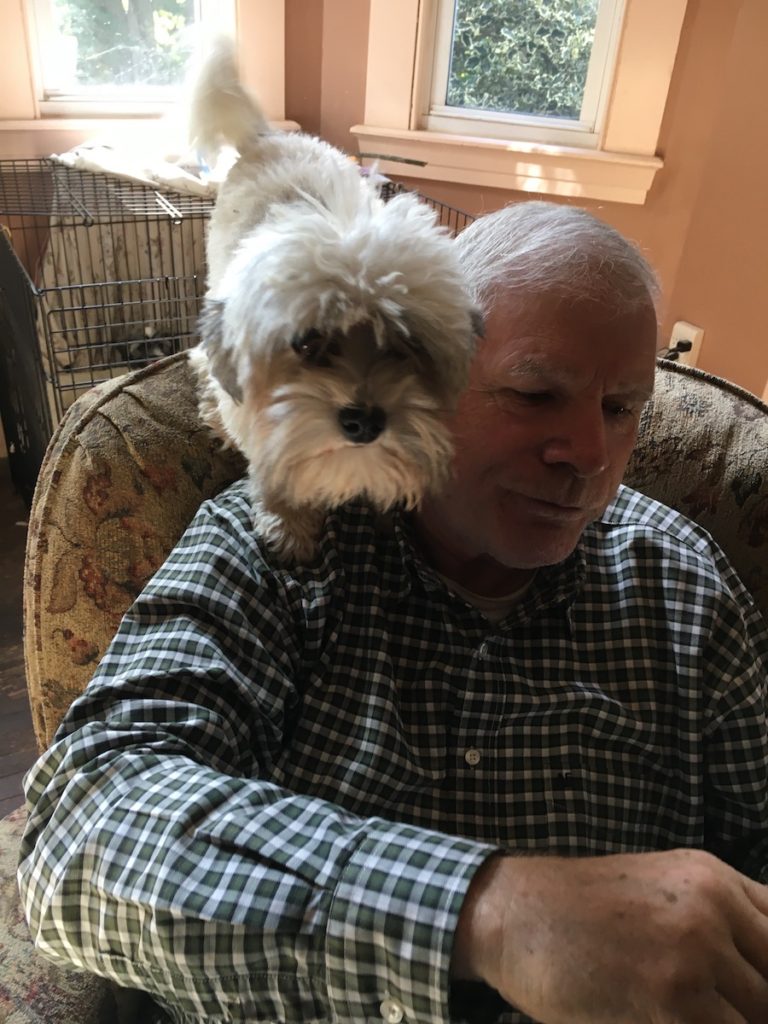 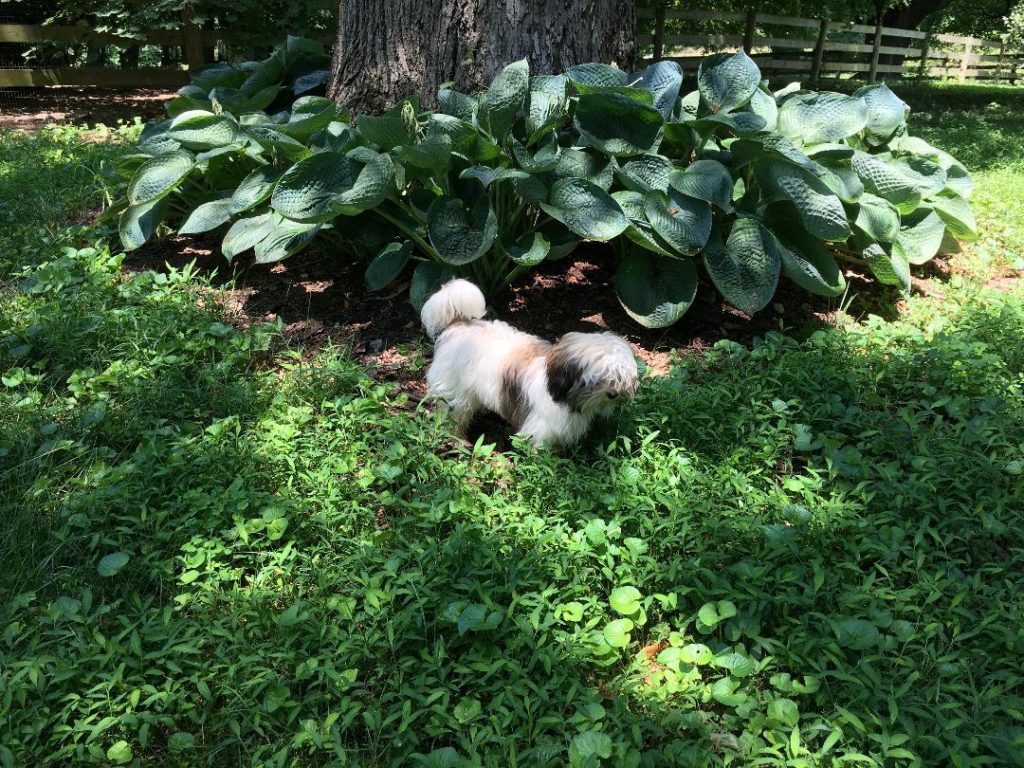